Home  »  My Upskirts   »   Checking out thong and sideboob of hot girl

Holy fuck am I glad I decided to go to work by bus on this fine sunny day. By doing that, I spotted this darling in light greenish dress, just sitting there and waiting for the very same bus as I was. I don’t know is she even aware but she wore that dress that showed off all of her, and then some. From emphasizing her big tits all the way to revealing her fine butt shape, she flaunted it all, and at the same time, she kind of maintained the classiness of her appearance. No one could say she is dressed like a slut, not by a long shot.

Thick girl in light summer dress at the bus station

Where do I even begin? Firstly, coming from behind her back, I noticed right away that she isn’t wearing a bra. There was no trace of it on her back nor on the side and considering her sideboob was more than visible, I’d says she let those big tits hang loose in the dress itself. Perhaps she was wearing something glued up on her nipples, just to avoid having them point out forward from the dress, not sure about that. Once again, so simple thing to wear, yet so much revealed to the true voyeur like me. 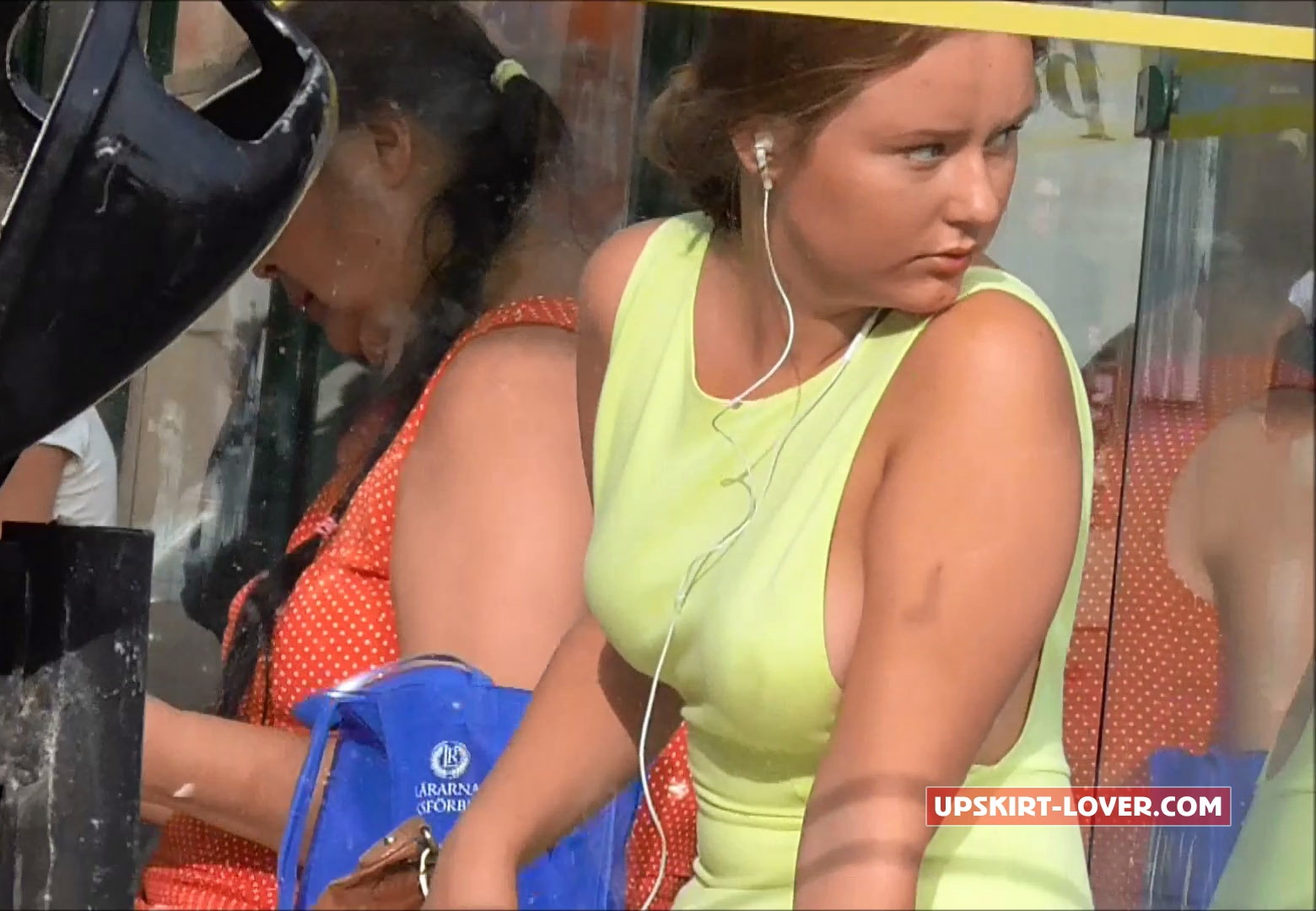 I pretended to be walking out of boredom while waiting for the bus and I pretty much did a full circle around the bus stop, just to see more of her. She was totally distracted by music from her phone and she kept glancing around but without really seeing anything, so to say. No one on that bus stop even figured out that I’m walking around this young babe like a vulture around it’s prey.

Pretty face and body of girl at bus station

She is meaty and thick all around, but it looks fine as fuck on her. She looks even better this way than if she was to get slimmer. All those wonderful curves would be lost if she does and you’ll see what I’m talking about in a matter of seconds. My only worry is that I’ll pitch a tent in my pants from admiring her so much and so openly. There was a bunch of people on the bus stop so I had to be really careful about such stuff. 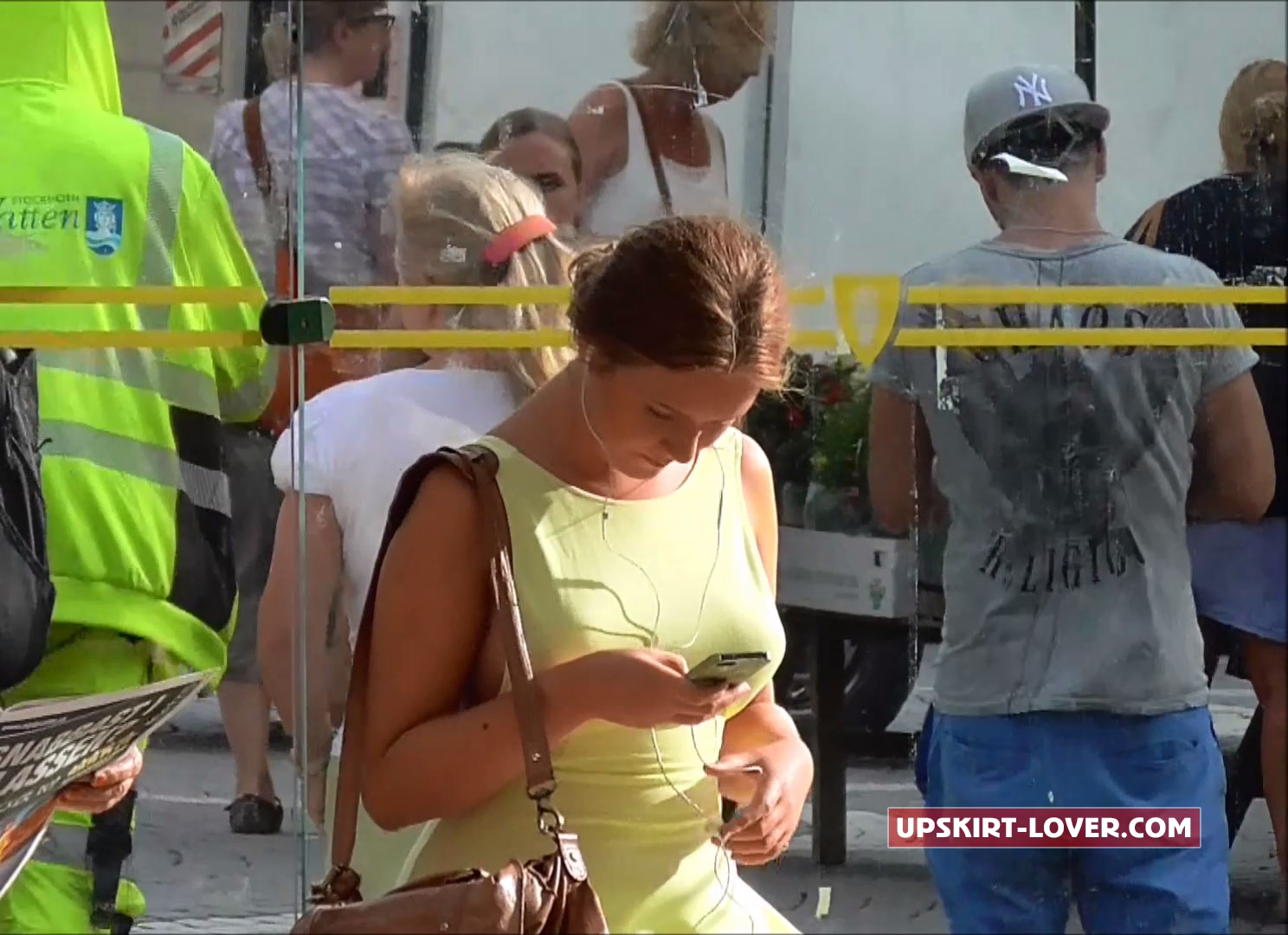 Right after I soaked up on her big boobs and sideboob as well as her sweet face, I decided to take a stroll behind the bus station once again, to show you something else, also related to her sexy charms.

That is right, I was determined to show you what a fine bubble shape of butt she has. They don’t put butts as fine as this in the sexiest lists like they made one here for nothing. I could rewrite some parts of that list by using this bus waiting darling as reference. You can even see that she is wearing a thong as it protrudes through the thin dress very nicely, specially from my point of view. You’ll see more of that once I zoom in.

I’ve gotten even closer to show you her thong and I also used my camera to zoom in some more and then you’ll easily notice that, without a doubt, she got a thong pantyline under the dress. The kind of thong that I would rip with my teeth if I was to undress her.

Thong pantyline of hot girl on the bus station

That thong was so nicely tucked in between her bubble butt cheeks and it is a marvelous choice of underwear for her butt shape. Despite the fact she is sitting, her butt maintened it’s firm shape. Kind of like when you put two nice big watermelons on the table and they stand still, firm and shapely. Size of her butt cheeks is exactly that, like two watermelons, as you can see on the voyeur pics I made. 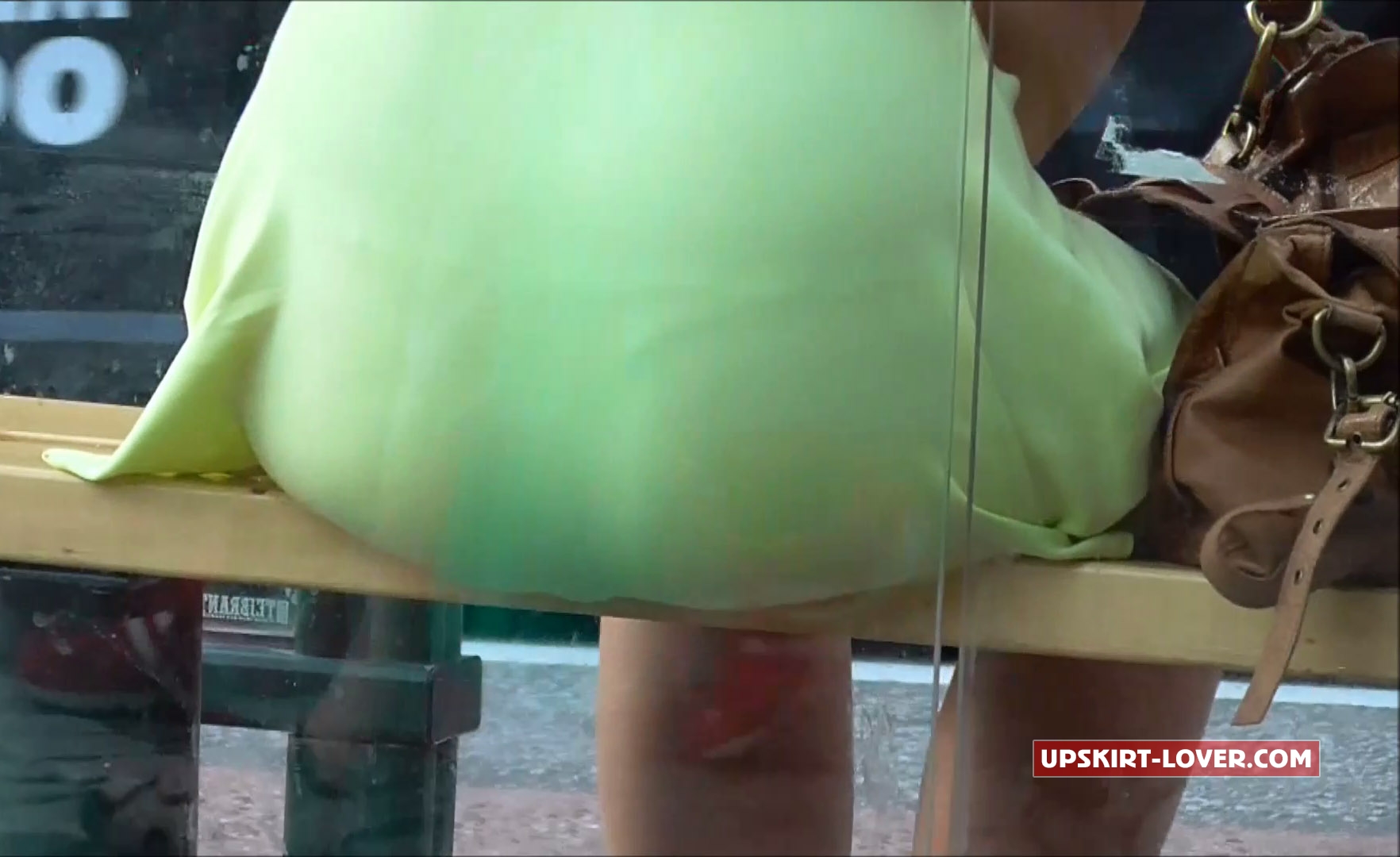 I don’t even know how I’ll be able to have a normal day at work when I already did a mental switch to full voyeur mode. I’ll probably be daydreaming about my bus station encounter all day long. I doubt that her sideboob, big butt and sexy dress will leave my head too soon. I just might have to take a few trips to the office toilet when I get there, not to piss but to wank myself into forgetting her, for at least until my work days is over.